Cruel murders and dark secrets lurk in the dark corners of Vienna's old town. Come, if you dare, and discover the mysteries and eerie legends of Austria's capital. 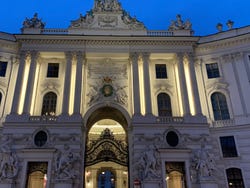 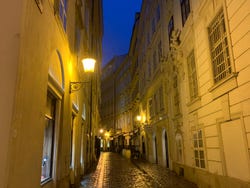 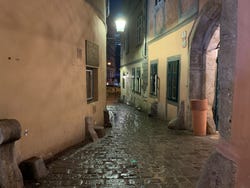 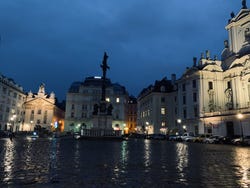 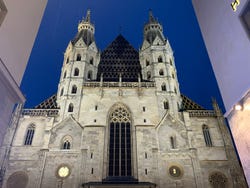 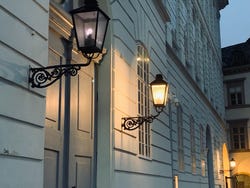 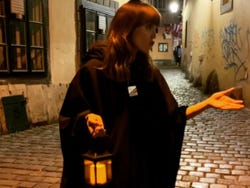 We'll meet at 7.30 pm at Helmut Zilk Square to begin this chilling tour of the mysteries and legends in Vienna. Are you ready?

First, we'll stop in front of the Vienna State Opera, an iconic building where we'll remember the expulsion of the Jews by the Nazis and how its structure was left after the bombings of World War II. This and many other gory facts hide behind this building's walls, so keep your eyes sharp.

Then, we'll walk along Augustinerstrasse to find out who Erzsébet Báthory was, nicknamed the 'Blood Countess', who murdered over 30 young women because of her obsession with retaining her looks.

During this tour, we'll pass past St. Joseph's Square and St. Michael's Square to reach the parish of the Friars Minor, where you can still see the cannonball holes from the war between the Habsburg Monarchy and the Ottoman Empire.

In our next destination, we'll unravel the hidden meaning behind the name of the House of the Five Murders and stop at the Am Hof square, the former site of public executions in the city.

But that's not all! We'll also discover the mysteries lurking at Hoher Markt, the Heiligenkreuzerhof building, the Schönlatern alley, and the 'bloody alley', where a massacre from the times of the Knights Templar took place.

Lastly, we'll arrive at St. Stephen's Cathedral - what is the significance of the gargoyles on its façade? Spirits and legends loom over this imposing temple.

We'll end the tour at the church door at 9 pm.

The activity takes place with a guide that speaks in English.

You can book up until 24 hours before the activity as long as there are still places. Book now to guarantee your spot.

Wheelchair accessible. This must be indicated in the reservation.

US$ 17.50
No hidden fees or surcharges
Free cancellation up to 48 hours before the service starts
Book

I travelled with teenagers
8

We loved it, especially my teenage children. The guide could not be more friendly ... I will repeat this type of activities with Civitatis whenever I travel Opinion translated. Show original.

I travelled with teenagers
10

We are delighted with the guide. The exploitations were very clear and it helped us get a lot into the story. Without a doubt it is a tour that we would repeat without hesitation! Opinion translated. Show original.

Very interesting and entertaining tour and very nice guide. We have had a good time and learned many curiosities that we did not know. Thank you so much for everything Opinion translated. Show original.

9.20 / 10 220 reviews
Let the charm and history of the Austrian capital seduce you. Explore Vienna's most iconic monuments on this free walking tour.
Free!
Book
like

8.70 / 10 432 reviews
The Vienna Pass allows free access to more than 60 attractions in Vienna, including the Schönbrunn, Hofburg and Belvedere palaces, Mozart's house and much more.
US$ 92.30
Book
like

8.70 / 10 76 reviews
Discover the small town Hallstatt, one of the most enchanting locations in Austria, with this full-day trip from Vienna. You'll also take a boat tour around Lake Hallstatt.
US$ 139
Book