Fiakers are horse-drawn carriages that offer tours around Vienna's historic centre. During the experience in these centuries-old modes of transport, the traditionally costumed coachman entertains visitors with fascinating stories about the places along the route, giving a new perspective to the ancient city and revealing the secrets of its history.

Surviving the passage of time

The first fiaker license was issued in 1693 under the reign of Leopold I, and between 1860 and 1908 the horse-drawn carriages became a popular mode of transport in Vienna, by which time more than 1000 of the coaches could be found on the roads of the city.

These days, fiakers are less common, but those fancying a journey back in time can usually find a number of carriages parked near the Hofburg Palace and the city's other tourist hotspots. 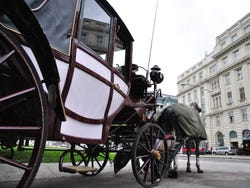 A different way of travelling round Vienna 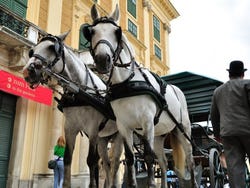