Built in the 17th century, Schloss Schonbrunn, to this day one of Europe's most beautiful Baroque palaces, was for many years the imperial summer residence.

As you explore the magnificent palace interior, your audioguide (included in the ticket price) will keep you informed and entertained with fascinating details about the different events that took place during the palace's imperial heyday. Famous visitors include Mozart and Napoleon!

Wander around its lavish rooms - of which there are a grand total of 1,441 - and admire the sumptuous Rococo style decor. Don't miss the splendour of the Great Gallery, where imperial banquets were held, the exotic flair of the Chinese Cabinets - the locations of Maria Theresia's secret meetings with her Chancellor, and Charles I's abdication in 1918 - as well as the surprisingly modest private suites of Emperor Franz Joseph and Empress Isabel.

After visiting the palace

As well as the beautiful palace itself, the immense Schloss Schonbrunn complex features stunning gardens filled with sculptures, the fascinating Imperial Carriage Museum, and the Tiergarten, the oldest zoo in the world.

Stroll through the wonderful gardens to the Gloriette, which offers beautiful views of the palace from its hilltop location.

The Schonbrunn Palace, alongside the Hofburg, are must-see monuments on your trip to Vienna. With many different ticket options offered by the Palace including visits to the interior, exterior and museums of Schloss Schonbrunn, you can tailor your experience to suit your interests. If you're short on time, why not combine your visit to the Palace with a tour of Vienna city centre? 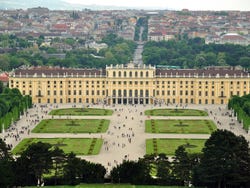 Views of Schonbrunn from the Gloriette 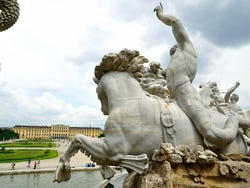 Schonbrunn Palace park is open to visitors all year round, however, specific park attractions (Maze, Gloriette, Privy Garden, Orangery) are usually open from mid-April to the beginning of November. 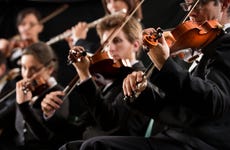 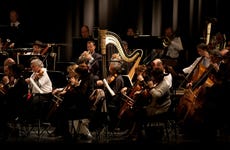 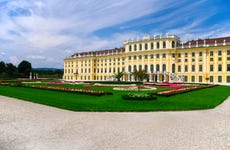 Tour of Vienna and the Schönbrunn Palace