Construction on Vienna's metro system, called the U-Bahn, began in 1969, which makes it one of the most modern in Europe. However, before it was built, the Viennese did use a similar system, the Stadtbahn or City Railway, which dated back to 1898.

Vienna's U-Bahn is made up of 5 lines; all of the routes go underground, and some of them include overground stretches too.

The Vienna U-Bahn operates daily between 5 am and 12:30 am approximately.

Trains usually depart around every 5 minutes during normal schedules. At busier times, they are more frequent, running every 2 to 4 minutes; while after 8:30 pm they run less frequently, around every 7 to 8 minutes. 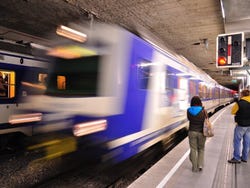 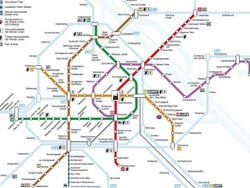