The Wien Museum is made up of a number museums throughout the city, including the Clock Museum and a number of house-museums dedicated to the lives of the important musicians who lived there, including Beethoven, Mozart, Schubert and Hadyn.

The Vienna Museum Karlsplatz is one of the most well-known of the Wien Museums. Located next to Karlskirche, this museum houses a mixture of history and art exhibitions spread over its three floors.

The displays, exploring the history of Vienna throughout the years, begin with prehistoric bones and remains and continue through to the paleolithic era, showcasing a time when hunters and gatherers inhabited the area around Vienna. After discovering what life was like in Roman times in Vienna, you'll see a number of objects originally housed in the Stephansdom Cathedral, including outstanding statues and excellently preserved stained-glass windows.

Two large-scale models of the city give a fascinating insight into the urban development of Vienna before and after the demolition of the ancient city walls, and the construction of the Ringstrasse. The museum is also home to an extensive collection of paintings spanning several centuries, and hosts temporary special exhibitions as well.

The Wien Museum Karlsplatz makes for an interesting visit for those wanting to get to know the history of the city of Vienna, and therefore to better understand its present and future. 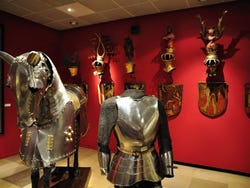 Exhibits at the Vienna City Museum 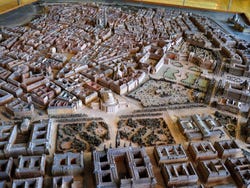