Planning to travel to Vienna but only have a couple of days to spare? We've got you covered. We've prepared an itinerary that includes the main attractions in the Austrian capital.

This plan has been designed with a weekend trip in mind, arriving in Vienna on a Friday evening and staying until Sunday. If you want to follow this itinerary for any other day of the week, don't forget to check the opening times of the museums and other attractions so you don't get caught out!

If you arrive in Vienna on a Friday evening, it'll probably be too late to visit museums and monuments; however, after dropping off your bags at your accommodation, you'll still have time to get the feel of the city at night, seeing some of the most important landmarks and enjoying a typical Viennese dinner.

The best place to start when getting to know Vienna is in the heart of the historical city centre. Head to the Stephansplatz metro stop and you'll be left in awe of the capital's most important religious symbol, the magnificent Stephansdom Cathedral.

From Stephansdom, stroll down Kartner Strasse, a pedestrianised street lined with shops that heads south from Stephansplatz. Follow it down to the iconic Vienna State Opera House and snap a few photos for memories you'll never forget.

By this time, you're probably hungry. Thankfully, the district you're in is full of typical Austrian restaurants. Head back along Kartner Strasse or visit one the streets leading off it to finish off your evening tasting delicious Viennese cuisine.

We'll finish your itinerary here for today, as tomorrow will be a tiring one!

To make the most of a full day exploring Vienna, make your way to the Herrengasse metro stop for around 9 am. From here, it's a short walk to the Hofburg Palace, the famous residence of the Habsburg family for over 600 years.

Visiting the Hofburg is a fun way to discover the fascinating history of the Austrian capital. Learn all about the extraordinary life of the beloved Empress Elisabeth at the Sisi Museum, and imagine how she lived strolling through the imperial apartments that she shared with her husband, Emperor Franz Joseph. To save money, buy the Sisi Ticket, giving you a discount on combined entrance to the Hofburg Palace and the Schonbrunn Palace, which is on tomorrow's itinerary!

After exploring the Hofburg to your heart's content, head to the nearby Austrian National Library, one of the world's most beautiful historic libraries. Leaving the library, cross Burggarten Park and follow the Ringstrasse to the Vienna State Opera House, no more than a ten minute walk away. Make sure to double check visiting times on the Opera House website, as while guided tours are usually run between 10 am and 3 pm, the opening hours can vary.

Hop on to trams 1 or 2 to see the iconic buildings that line the Ringstrasse, a circular boulevard built on top of the former walls that surrounded the Innere Stadt (Old Town). Admire the eclectic mix of Classical, Gothic, Renaissance, and Baroque architectural styles represented in the Rathaus, the Stock Exchange, the Parliament building, the Burgtheatre, the Votivkirche and the University from the comfort of the tram.

Ready for a striking contrast to these magnificent 19th century buildings? Your next stop will be the contemporary Hundertwasserhaus, a fairy-tale apartment block which embraces bright colours and natural forms and eschews straight lines.

For a fun finishing touch on your full day of adventure, head to the Prater to enjoy the relaxing park environment. This is the oldest theme park in the world; we recommend taking a ride on the giant ferris wheel, which was first opened in 1897. The views over Vienna from the top are spectacular, and once you're back on the ground, there's plenty of places to eat dinner nearby.

Having explored the delights of the palace and its beautiful gardens, take the metro to Karslplatz and admire the opulent Baroque Karlskirche. In this area, as well as having the choice between a multitude of restaurants, you'll also be a short walk from the Imperial Crypt, the final resting place of the Austrian royals, in Vienna's Capuchin Church.

For the perfect end to your trip to Vienna, treat yourself to a cup of coffee and a slice of the world-renowned Sachertorte in one of the city's traditional cafes.

More than two days in Vienna?

After finishing this itinerary, if you're lucky enough to have more time to spend in the city, never fear! There's still plenty of interesting places to discover in the Austrian capital: the Belvedere Palace, the Spanish Riding School, the Art History Museum, the Clock Museum and the Imperial Carriage Museum.

If you're spending several days in Vienna, why not take advantage of its excellent transport connections to the rest of Europe, and take the opportunity to visit another nearby city? Bratislava is a very popular option for a day trip! 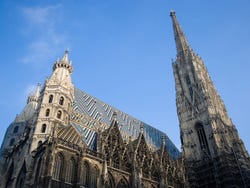 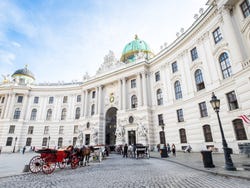 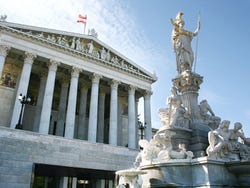 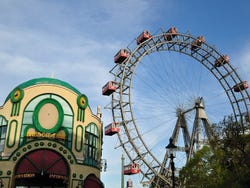