Ranking as one of the world's greatest museums, Vienna's Art History Museum is packed with an impressive amount of priceless art collected by the Habsburg family over the centuries.

Until the museum was built in 1891, these works were kept in the Belvedere and the Hofburg. As part of the construction of the Ringstrasse, two identical buildings were built, one for the imperial art collection, and the other to house the Natural History Museum.

Unlike other museums which have been established in former palaces or other historic sites, the Vienna Art History Museum was planned and constructed with its function in mind, and decorated in line with its contents.

The museum's ground floor exhibits a huge collection of ancient Greek, Roman and Egyptian artefacts. Its rooms are filled with mummies and coffins; objects used as part of Cult of the Dead rites; statues and decorative pieces including three original Egyptian monolithic columns used as ceiling supports: they're over 6 metres tall and over 4000 years old.

The first floor is dedicated to paintings, housing masterpieces from the 15th to 19th centuries, ordered geographically. Along one side of the building is the collection of Dutch, Flemish and German artwork, and on the other, works from Italian, French and Spanish painters. Among the many artists exhibited, Velazquez, Canaletto, Tiziano, Rubens, Rafael and Rembrandt stand out.

The second floor is home to one of the world's greatest collections of currency and medals, boasting over 700,000 objects. Discover the evolution of money over history, as well as seeing the biggest and the smallest gold medals in the world.

On top of its dazzling contents, the museum building itself, an impressive example of the Habsburg's imperial grandeur, is well worth a visit. It's not in vain that more than one million people visit Vienna's Art History Museum each year. 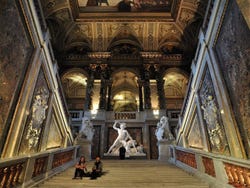 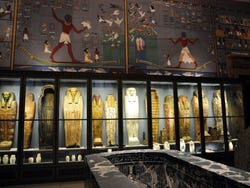 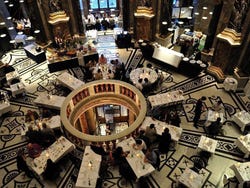 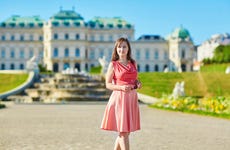 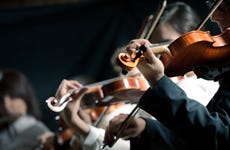