Discover the most unique corners and buildings around the Austrian capital with this Modern Vienna Free Tour. Enjoy visiting the most important world-renowned music cities. 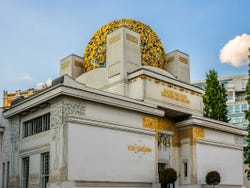 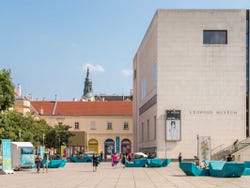 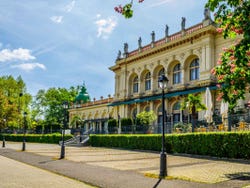 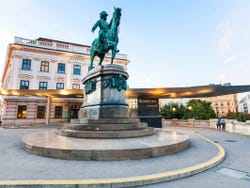 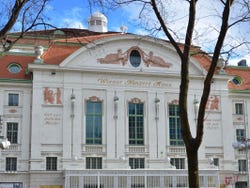 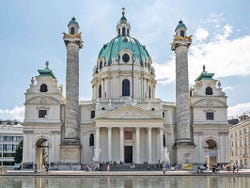 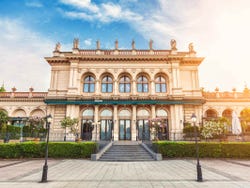 We'll meet at 4:30 pm at the Helmut Zilk-Platz in Vienna, next to the Monument against War and Fascism. There we'll begin a 2 hour tour of the most modern part of the Austrian capital.

On this same square, we'll see the facade of the Albertina Museum, which houses one of the most important collections in Europe. The tour will then lead us through the centre of Vienna to the Stadtpark, a gigantic park full of statues of artists such as Shindler, Anton Bruckner or Hans Canon. Within the enclosure is also the Kursalon building, an example of the Italian Renaissance.

Afterwards, we'll continue to the Konzerthaus, which was inaugurated on 19 October 1932 with the Strauss Festive Prelude. Then we'll stop in front of the Church of St. Charles Borromeo, built when the plague epidemic ended in Vienna - a performance of divine gratitude!

We'll understand modernism even better at the next stop, the Vienna Secession Pavilion. Did you know that the first president of this artistic movement was Gustav Klimt? We'll tell you more interesting details in front of this impressive building crowned with a golden dome.

To finish the tour, we'll talk about the Austrian artists who revolutionised the 19th and 20th centuries in front of the Leopold Museum.

Free tours do not have a fixed price, rather each person offers the guide the amount they consider appropriate, depending on their level of satisfaction.

* A reservation for one person will include a supplement.

It is compulsory to present a Covid vaccination certificate, a negative PCR test or antigen test taken up to 48 hours before the activity. Show more

The activity takes place with a guide that speaks in English and other languages.

If you are not able to attend the tour, please cancel your reservation, otherwise the guide will be waiting for you.

The instructor was great, with a lot of knowledge.

I travelled with my partner
8

I travelled by myself
8

I travelled with teenagers
Show all the reviews
like

9.20 / 10 239 reviews
Let the charm and history of the Austrian capital seduce you. Explore Vienna's most iconic monuments on this free walking tour.
Free!
Book
like