Marvel at the incredible monuments of this city situated on the Danube River with this plane ride over Vienna. An unforgettable experience! 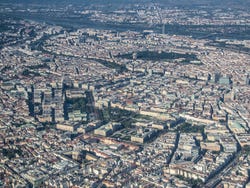 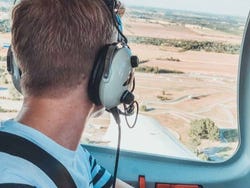 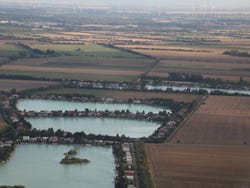 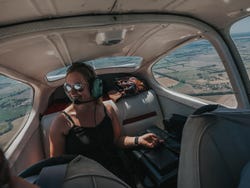 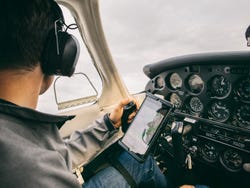 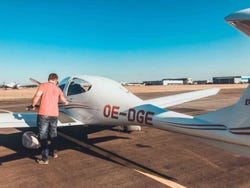 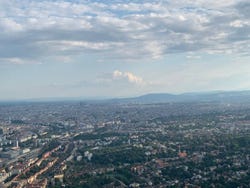 After a brief safety briefing at Wiener Neustadt East Airport, we'll board a small aircraft for a delightful flight over Vienna. An incredible way to see the capital of music!

Our flight over the city will begin with views of Prater Park and its historic Ferris wheel from 1897. Then, we'll continue towards the center to see St. Stephen's Cathedral, an incredibly detailed Romanesque and Gothic temple, as well as one of the most important symbols of international music: the Vienna State Opera.

You certainly won't miss the Schönbrunn Palace or the Hofburg Imperial Palace, which belonged to the Habsburg dynasty. You'll also have no problem spotting Belvedere Palace and its beautiful gardens.

After an hour, your pilot will land back at the starting point and the experience will come to an end.

The flight will take place aboard a Cessna 172 small aircraft or a similar aircraft, which has a capacity for a maximum of 3 passengers plus the pilot.

We'll take off from Wiener Neustadt East Airport. However, due to various circumstances, this meeting point may change. In that case, we'll inform you well in advance of the new location.

The flight usually takes place at 9 am, although the schedule may be modified depending on the pilot's availability.

This is a private tour organized for you and your partner, friends or family.

Handing out of printed material such as maps or brochures will be avoided.

The activity takes place with a pilot that speaks in english.

All services published on Civitatis are carried out in accordance with our Sustainability Code. Specifically, this activity applies the following practices: Show more

Per group from
US$ 213.50
No hidden fees or surcharges
Free cancellation up to 48 hours before the service starts
Book

9.20 / 10 173 reviews
Let the charm and history of the Austrian capital seduce you. Explore Vienna's most iconic monuments on this free walking tour.
Free!
Book
like

9.20 / 10 132 reviews
Can you imagine listening to a classical music concert in its world capital? At St. Anne's Church in Vienna you'll listen to pieces by Mozart, Schubert and more
US$ 34.60
Book
like

8.70 / 10 422 reviews
The Vienna Pass allows free access to more than 60 attractions in Vienna, including the Schönbrunn, Hofburg and Belvedere palaces, Mozart's house and much more.
US$ 94.20
Book