Leave the city behind and discover the beautiful Vienna Woods, visit the Mayerling Hunting Lodge, explore the Heiligenkreuz Abbey and take a boat ride on the largest underground lake in Europe. 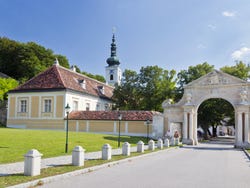 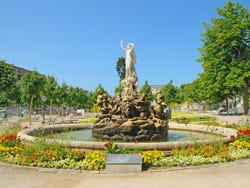 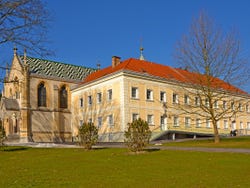 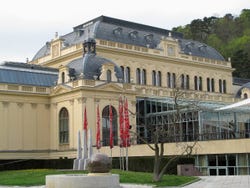 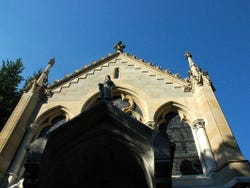 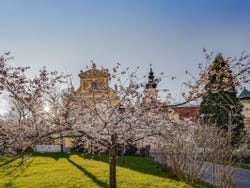 After meeting at 9:15 in the centre of Vienna, you'll leave the Austrian capital behind to explore a more natural landscape: the Vienna Woods, the forested highlands and designated Biosphere Reserve that stretch from the city itself to the foothills of the Alps.

After a journey of about 50 minutes, you'll arrive in the beautiful Helenental Valley and make your way to the former Mayerling Hunting Lodge. Since the tragic deaths of Crown Prince Rudolf and Baroness Vetsera here in 1889, the lodge has been converted into a memorial chapel in dedication to the couple.

Your next stop will be the Heiligenkreuz Abbey, a Cistercian monastery founded in 1133, making it the oldest continuously occupied monastery of its kind in the world. Visit its Medieval cloisters, where you'll find the tombs of the last members of the Babenberg dynasty.

The day then continues with a tour of Baden, one of the oldest spa towns in Austria. Once here, we'll take a guided tour of the centre of the town, where we can see some of its most emblematic places; such as the church of St. Stephan and the springs themselves.

The tour will end back at the meeting point around 1:45 pm.

Until further notice, you'll need one of the following to be able to take part in this activity:

Disinfected radio units will be provided, and headphones will be single-use.

The activity takes place with a guide that speaks in English and other languages.

Most areas are accessible.

US$ 65.90
No hidden fees or surcharges
Free cancellation up to 24 hours before the service starts
Book

Thomas was charming! He made the tour super interesting and enjoyable. Greetings 10! Opinion translated. Show original.

I travelled with teenagers
6

I travelled with teenagers
10

I travelled with my partner
6

I travelled with small children
10

I travelled by myself
Show all the reviews
like

9.20 / 10 238 reviews
Let the charm and history of the Austrian capital seduce you. Explore Vienna's most iconic monuments on this free walking tour.
Free!
Book
like